The world of John Krasinski’s A Quiet Place seems perfect for a videogame adaptation, what with its Last of Us invoking visuals and creature design, so that’s exactly what Saber Interactive & iLLOGIKA have decided to do by unveiling plans for an upcoming video game set in the same universe as the Paramount blockbuster. The studio behind the Switch port of the phenomenally successful The Witcher III announced that “The first official video game set in the terrifying A Quiet Place universe will deliver an original story and gameplay that captures the compelling suspense, emotion and drama for which the series if famous”.

Head of Publishing at Saber, Tom Hollenshead added “The amazing success of the A Quiet Place movies makes it clear audiences are hungry for more adventures in this universe, and iLLOGIKA is creating their own truly engaging experience that lives up to the name of this beloved property. We are proud to say that A Quiet Place is the first game we will be releasing by an external studio from the growing Saber publishing label.”

John Krasinski’s A Quiet Place was a phenomenal success when it opened in 2018, earning critical raves and $340M at the global box-office. Its sequel, A Quiet Place Part II was one of the first films to be delayed by the pandemic, but despite multiple set-backs and an eventual release during a time in which audiences were still reluctant to return to the multiplex, it still made an impressive $300M worldwide, so there’s no surprise that the IP is expanding beyond the cinema screen.

Is the idea of A Quiet Place game something worth shouting about? Let us know by heading to our social channels @FlickeringMyth… 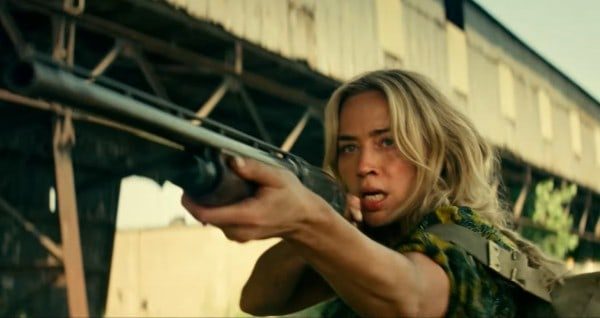