Technically impressive though they usually are, movies that resemble a single fluid take – whether faked or achieved for real – often unintentionally let the stylistic conceit overshadow the storytelling and characters, or perhaps prompt everyone to obsess over the authenticity (or not) of its one-r’s conception.

Thankfully Philip Barantini’s Boiling Point is far less concerned with tricksy camerawork and drawing attention to the fact it unfolds over a single unbroken taken – achieved for real, no less – than using it to thoroughly immerse audiences in the hectic, mile-a-second world of a fancy restaurant’s kitchen on the busiest day of the year.

Stephen Graham is unsurprisingly excellent as put-upon head chef Andy, in a film whose seemingly low stakes belie the fact that it’s one of the most brilliantly anxious films of the year, milking the high-stress kitchen environment for every stress-filled drop it’s worth.

If nothing else, it’ll hopefully make you a little more empathetic to restaurant staff the next time they screw your order up or your drinks are taking too long.

ead my review from the London Film Festival here. The strongest endorsement I can give this remake that nobody really asked for is that, despite musicals being by far my least-favourite genre, I was quickly won over by the legendary filmmaker’s intoxicating, mesmeric craft alongside an expertly assembled cast.

Upping the technical, logistical ante set by the ’61 film, touting sublime performances from the ensemble – especially Rachel Zegler, Ariana DeBose, Rita Moreno, and Mike Faist – and even updating the text and presentation in some laudably progressive ways, this is basically a best case scenario for a big-budget retelling of an indefatigable classic.

Arguably one of the strongest directorial efforts of Spielberg’s career, West Side Story is a technical masterpiece and surely one of the greatest remakes of all time. Jane Campion finally follows up 2009’s Bright Star with this expectation-defying revisionist Western which ponders masculinity through the prisms of tradition and repression in one of the genre’s most full-bodied recent efforts.

Beautifully lensed by DP Ari Wegner – as is tradition for the Western at this point, really – while Campion paints an ambiguous yet emotionally rich character study, The Power of the Dog wrings unease out of even the most questionably-intended glance or movement.

Benedict Cumerbatch’s performance as brutal rancher Phil Burbank has understandably netted him the lion’s share of the awards buzz, but Kirsten Dunst isn’t far beyond, nor should be Kodi Smit-McPhee. As a deconstruction of traditional structures of “manliness,” this Western packs a punch that lingers long after film’s end, and absolutely benefits from repeat viewings.

Jane Campion’s first feature film in over a decade was well worth the wait; literary, visually sumptuous, quietly intense, and brilliantly acted throughout.

Red Rocket is the sort of film primed to be the subject of countless tiresome Twitter “discourses,” a project that doesn’t feel the need to finger-wag the clearly abhorrent behaviour of its protagonist.

And yet, Baker is a nuanced enough storyteller to appreciate that even bad people aren’t without humanity or worthy of sympathy, as is teased out by way of Rex’s almost infuriatingly charming performance.

At a broader level this is also a potent drama about America’s stigmatic attitude towards sex workers, and the lack of basic social utilities afforded to those living on the fringes of abject poverty.

Baker’s film has little interest in hand-wringing over the morals of a clearly despicable character, offering instead a fascinatingly non-judgmental, at times discomfortingly empathetic, depiction of a man willing to steamroll everyone around him in the pursuit of a better life. An outstanding directorial debut from actor-turned-filmmaker Fran Kranz (The Cabin in the Woods), Mass is a searing drama centred around two sets of parents on opposite sides of a school shooting – parents of victim and perpetrator – meeting to hash out their feelings.

While much of Kranz’s film evokes the vibe of a big-screen play adaptation – defined by simple staging and shot selections – this is neither adapted from existing material nor is it in any way harmed by its pared-down presentation.

Kranz knows where to put the camera to wring maximum emotional affect from his mesmerising central acting quartet, ensuring Reed Birney, Ann Dowd, Jason Isaacs, and Martha Plimpton turn in some of the year’s most stirring performances (especially Dowd and Isaacs).

It’s naturally uncomfortable viewing and you’ll certainly want something cheerier to watch afterwards, but Mass is one of the most evocative and impressively controlled directorial filmmaking debuts in recent memory.

5. Judas and the Black Messiah Courtesy of King and Berson’s Oscar-nominated script, Judas and the Black Messiah effectively “Trojan horses” – King’s own words – a Hampton biopic into a taut, transfixing crime thriller in the vein of The Departed.

Braced between the poles of the larger-than-life Hampton and reluctant FBI informant Bill O’Neal (Lakeith Stanfield), this is both a devastating testament and riveting entertainment, sure to leave audiences shaking with propulsive rage during its horrific, inevitable climax.

Kaluuya rightly won a Best Supporting Actor Oscar for his searing performance as Hampton, and Stanfield is no-less terrific as O’Neal, for which he also received a nomination in the category. Audiences didn’t seem to know what to make of the marketing for Michael Sarnoski’s directorial debut Pig, which mounted it as a John Wick-inspired action-fest centered around Nicolas Cage slaughtering his way through a crime ring in pursuit of his beloved kidnapped truffle pig.

But Sarnoski’s improbably confident and thoughtful debut takes on an unexpectedly philosophical bent, eschewing slushy action sequences in favour of a deep dish meditation on grief and memory which gives Cage the floor to deliver one of the finest performances of his career.

If the Academy were more adventurous Cage would be in Best Actor consideration right now. 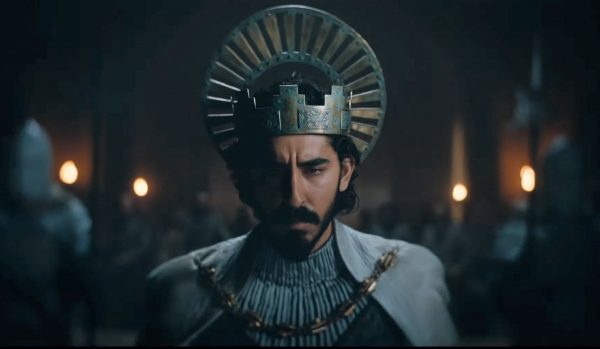 It’s easy to see why this Dev Patel-starring epic medieval fantasy would miss for more casual-minded audiences, but adventurous viewers prepared to follow Lowery and his cast down this sumptuous, deranged rabbit-hole will find rewards a-plenty.

Between Patel’s outstanding lead performance and the film’s mind-bogglingly rich aesthetics, few films beyond Dune this year have so persuasively transported viewers to another world. To do it on a fraction of the budget of Denis Villeneuve’s sci-fi tentpole – just $15 million – makes it all the more impressive.

David Lowery’s bold, singular adaptation of a classic text bleeds atmosphere and imagination from every pore.

2. The Worst Person in the World What could simply have been an entertainingly irreverent black comedy about fidgety human trainwreck Julie (Renate Reinsve) is actually a nimble, achingly relatable character piece keen at almost all times to think outside the box.

Across its tight 128 minutes, Trier’s film gets to grips with myriad aspects of the human condition, such as self-loathing, mortal anxiety, and commitment-phobia, sprawled across fourteen distinct vignettes.

Renate Reinsve, who won the Best Actress award at Cannes, is revelatory in the lead role, while Anders Danielsen Lie is just as brilliant as her partner Aksel. The Worst Person in the World packs a mighty emotional wallop, though its grandest successes transpire through its trenchant observations of everyday humanity. Bo Burnam’s latest project defies easy categorisation; is it a low-fi comedy special? An unwieldy meta-narrative experiment? A “variety” show? Most likely a bewildering collision of all three, Inside captured the multi-faceted feelings of the past two-ish years with clarity, intelligence, and giddy self-awareness.

At once tearing down the darker quarters of the Internet, this bloody pandemic, white privilege, and his own complicit place as a navel-gazing artist, this is a remarkable example of a performer basically getting to have their cake and eat it too.

The free-flowing medley of hilarious-but-true songs (“Welcome to the Internet”) and inspired skits – all of them shot and filmed by Burnham in his own home – are a towering testament to creativity against the adversity of the global present, and made for one hell of a salve for those suffering everywhere.