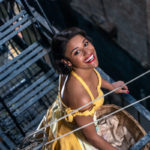 A new image has arrived online from 20th Century Fox and Steven Spielberg’s upcoming remake of the classic musical West Side Story which give us our first look at Ariana DeBose as Anita; check it out here… An adaptation of the original Broadway musical, WEST SIDE STORY explores young love and tensions between rival gangs […] 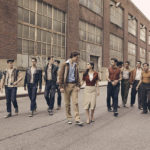 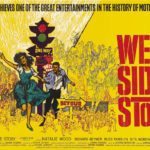 Steven Spielberg continues to assemble the cast for his upcoming remake of the classic musical West Side Story, with Corey Stoll (First Man) and Brian d’Arcy James (Spotlight) have signed on to appear in the movie. THR reports that Stoll is set to portray Lieutenant Schrank, “the New York City detective charged with quelling civic […]

Deadline is reporting that Steven Spielberg has cast newcomer Rachel Zegler as Maria, the female-lead in his upcoming West Side Story adaptation, while stage actors Ariana DeBose, David Alvarez and Josh Andres Rivera will play fellow Sharks Anita, Bernardo and Chino. Spielberg and his team reportedly auditioned more than 30,000 people from around the world […] 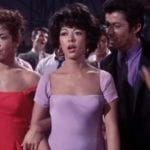 As casting continues on West Side Story, Rita Moreno – who won a Best Supporting Actress Oscar for her role as Anita in the 1961 movie – has now signed on to appear in the Steven Spielberg-directed remake. “Never in my wildest dreams did I see myself revisiting this seminal work,” says Moreno. “And to […]

Steven Spielberg has found his male lead for the upcoming West Side Story remake, with Variety reporting that The Fault in Our Stars and Baby Driver star Ansel Elgort is set to portray the character of Tony. Inspired by Shakespeare’s Romeo and Juliet, West Side Story centres on the rivalry between two teenage street gangs, […] 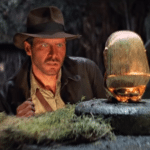 With his latest film Ready Player One gearing up for release, Steven Spielberg has been turning his attention to his next picture, with reports suggesting that it will be a toss-up between Indiana Jones 5 and West Side Story. However, it seems that the legendary filmmaker has another project up his sleeve, with Spielberg holding […] 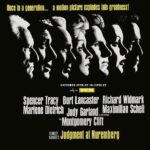 Graeme Robertson on why Judgement at Nuremberg should have won over West Side Story at the Academy Awards… It’s Oscar season again, so it’s time to take a look at Oscar ceremonies of the past and spotlight the films that I feel should have won the coveted Best Picture trophy over those that ultimately did. […]

Despite initial reports that Steven Spielberg would make his West Side Story remake the next film on his schedule, The Hollywood Reporter is suggesting the musical will remain on the back-burner whilst the director finds the right cast, pushing the filming of Indiana Jones 5 to the top of the list. The report claims that […]

Last week it was reported that Steven Spielberg ias considering both Indiana Jones 5 and West Side Story for his next project after Ready Player One. Well, it seems he may have now made a decision, as Entertainment Weekly is reporting that a casting call has went out for his remake of the classic 1961 […]