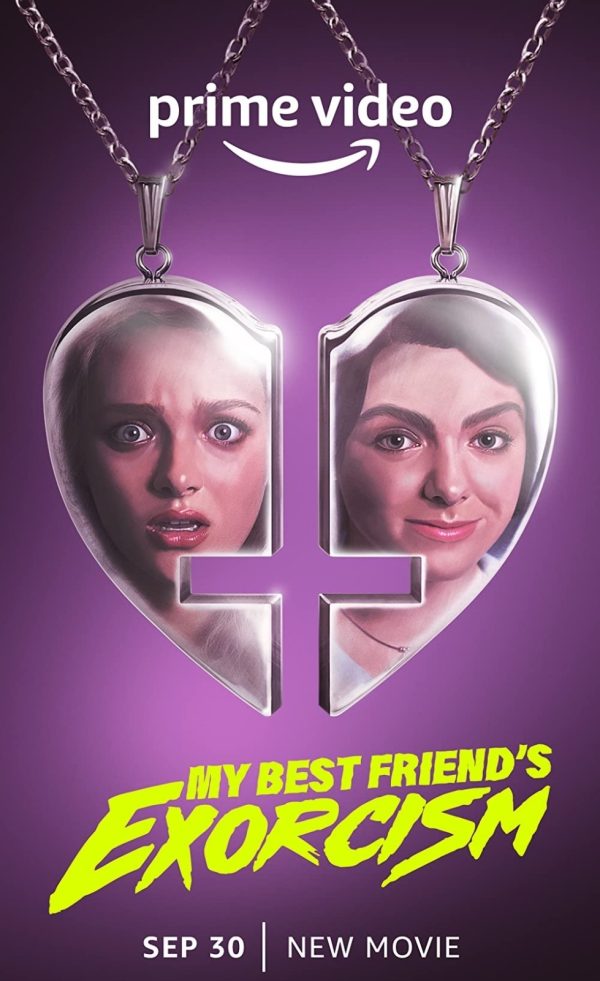 The year is 1988. Abby and Gretchen have been best friends since fourth grade. After an evening of skinny-dipping goes disastrously wrong, Gretchen begins to act…different, which leads Abby to suspect her best friend may be possessed by a demon. With help from some unlikely allies, Abby embarks on a quest to save Gretchen. But is their friendship powerful enough to beat the devil? 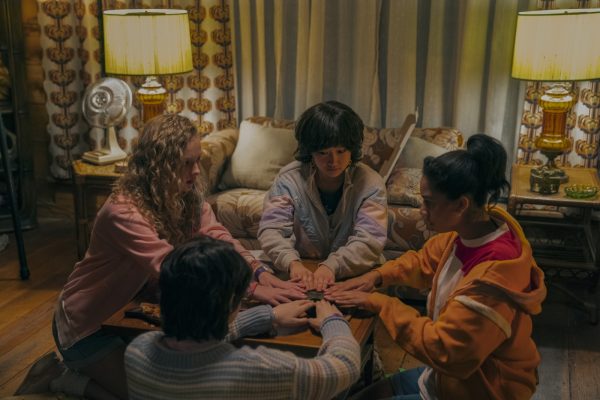 It’s unsurprising that director Damon Thomas’ My Best Friend’s Exorcism is based on a novel (from Grady Hendrix with Jenna Lamia adapting it). It’s a tonally offbeat exorcism tale that feels like it would only work on the page, yet does in cinematic form.

Centered on the tightknit friendship between Elsie Fisher’s Abby and Amiah Miller’s Gretchen converse over landline phones, discussing everything from the upcoming school year, 80s music, their crushes, and the looming sadness that the latter is going to be moving away in a few months. It’s a peppy dialogue exchange that fully immerses the characters into the period, even if the script feels mostly contemporary (which is not necessarily bad considering the target audience is probably modern teenagers). Nevertheless, they are joined by Gretchen’s other friends Margaret (Rachel Ogechi Kanu), who is dating sleazy horndog Wallace (Clayton Royal Johnson), and Glee (Cathy Ang), visiting a lakeside cabin where they partake in skinnydipping, drugs, and some spooky exploration. 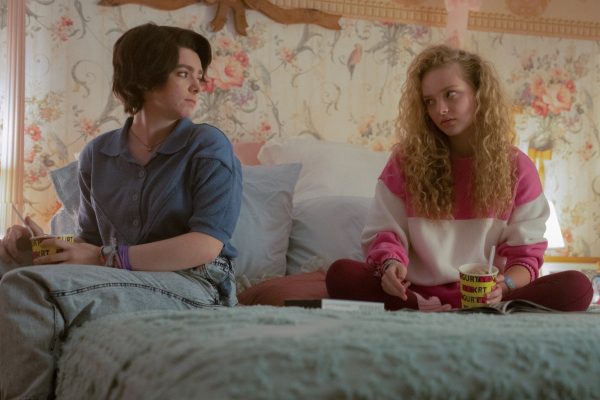 It’s immediately noticeable that Abby is the odd one out of this It crowd; she has her unique appearance, is riddled with anxiety and social awkwardness (similar to her incredible breakout turn in Eighth Grade), and is occasionally playfully bullied by Gretchen’s friends. Regardless, the bond between Abby and Gretchen is strong, to the point where the former’s mother directly wonders if her daughter ever thinks for herself. It’s the classic case: “well, if your best friend jumped off a bridge, would you also do that.”

However, that kinship remains tight since Abby and Gretchen are comfortable showing their insecurities around each other and picking one another up. Gretchen also does stand up for Abby when the jokes and ridiculing cross a line, which in this case, sends them off on a little detour to a dirty cave near the lake. Needless to say, they encounter something horrific down there. At least Gretchen does; Abby runs off to save herself, naturally feeling guilty about her decision. 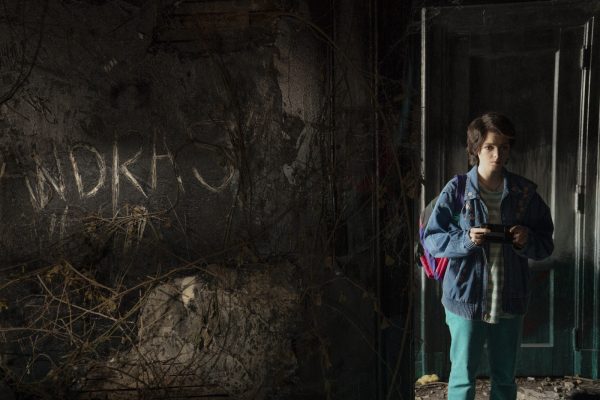 Everything changes the next day at school, with Gretchen becoming downright cruel to Abby and then nasty to the rest of her friends. She’s also not showering, appears to be self-harming, and is crying out for help to Abby, confused about her actions. Initially, Abby theorizes that Gretchen may have been sexually assaulted, alerting the parents, who are more concerned about the drugs and don’t bat an eye at the rape allegations (they are also overplayed for laughs, which doesn’t work considering the dark subject material).

It’s not a spoiler (and literally in the title) that a demon has taken hold of Gretchen, making for one of the more unique exorcism stories in recent memory. With each personal attack, the demon preys on the vulnerabilities and insecurities of the girls, turning them against one another while also operating with a bigoted agenda. And by trading traditional slasher kills for something more personal, interested in PTSD, eating disorders, abuse, and closeted sexuality (especially given the time), the demon’s every move results in something emotionally hurtful. Even though the entire friend group is not fully fleshed out, one also feels for them. 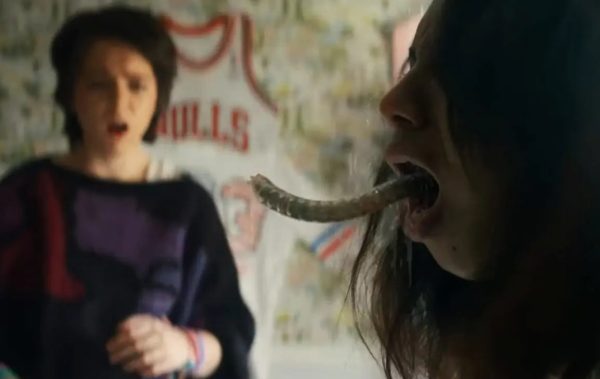 There is some familiarity when it comes to the exorcism itself, although even that is given a comedic spin (far funnier than the aforementioned religious parents) with an evangelical weightlifter (Christopher Lowell), who immediately notices something wrong with Gretchen during his trio’s inspirational fitness routine when performing at the school.

Elsie Fisher is tasked with playing things seriously with concern for Gretchen, succeeding and overcoming some rough dialogue because the friendship is believable, and she knows how to act out the situation physically (whether it’s horrified facial reactions or squeezing a nearby pillow when stressed, Fisher is always making wise on-screen choices to imbue the character with more personality and depth, consistently coming across lived-in and human in these outsider roles). Meanwhile, the demon looks unbelievably lame and is brought to life with shoddy CGI. 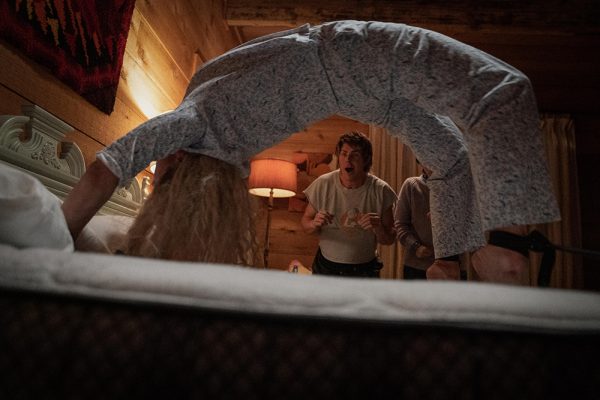 It also doesn’t matter because, by that point, one has probably already been possessed by My Best Friend’s Exorcism. Elsie Fisher continues to impress, heightened here by a refreshing approach to the exorcism formula that is more clever than scary but effective.