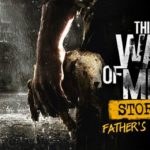 This War of Mine was a gritty story about a group of civilians trying to survive in a besieged city.  It saw players struggling with lack of food, medicine and constant danger from snipers and hostile scavengers. In short it provided a unique perspective of war seldom (if ever) seen in games.  Now it is […]

Two years ago 11 bit studios released their hit survival game, This War of Mine.  The game was a resounding success and received great review scores and many positive comments from gamers. Now, the developers want to reward gamers for their support with the new This War of Mine: Anniversary Edition which provides lots of new content […]

For fans of the 11 bit studios survival game This War of Mine, the following news will quite possibly make you cram your hand deep into your pocket and then force the same hand straight into your screen.  Just launched over on Kickstarter is This War of Mine: The Board Game and it’s already smashed […]