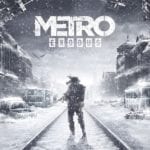 Deep Silver and 4A Games have announced the release of Metro Exodus on Xbox One, PS4 and PC.  This highly anticipated sequel sees players leave the gloom of the Moscow Metro for the post apocalyptic wasteland on the surface.  The game’s launch trailer can be seen below… SEE ALSO: Read our Metro Exodus review here Inspired by […]

Back in 2010 Deep Silver released an all new and truly terrifying first person shooter survival horror title for the Xbox 360, this was the outstanding Metro 2033 based on the nail biting novel by Dmitry Glukhovsky.  Now, 7 years later, Deep Silver and developers 4A Games have announced that the 3rd game in the […]