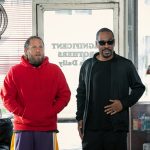 Ahead of its arrival on Netflix later this month, a trailer, posters and images have been released for writer-director Kenya Barris’ (black-ish) feature directorial debut You People. The comedy stars Jonah Hill and Lauren London as Ezra and Amira, a couple who meet and fall in love after a rideshare mix-up, only to find their […] 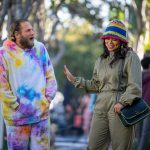 Netflix has released the first trailer and images from You People, the upcoming comedy from writer-director Kenya Barris (black-ish). The film stars Jonah Hill and Lauren London as a new couple who find themselves confronting the societal expectations and generational differences amidst their families.  Joining Hill and London in the cast are David Duchovny, Nia […]