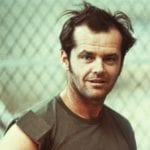 Freda Cooper with six actors we wish would come out of retirement… It would have overshadowed a lesser movie.  When Robert Redford declared that The Old Man and the Gun would be his last appearance on screen, you could hear the gasps ripple round Tinsel Town.  With a career that’s lasted nearly 60 years as […]