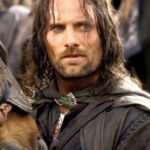 Amazon’s The Lord of the Rings TV series is currently in development in West Auckland, New Zealand, and now, one of the stars of Peter Jackson’s film trilogy has offered his thoughts on the upcoming series. In an interview with GQ, Viggo Mortensen, who played Aragorn in all three The Lords of the Rings film instalments, shared his […]