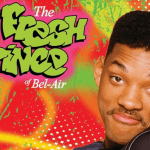 According to a report over at THR, Will Smith is currently developing a spinoff to the classic 90s sitcom The Fresh Prince of Bel-Air, which will be produced through his recently formed Westbrook Media digital content studio. The original sitcom ran for six seasons on NBC between 1990 and 1996 and saw Smith portraying a […]

According to TV Line, Will Smith set to produce a reboot of the classic sitcom The Fresh Prince of Bel-Air, which helped him shoot to fame in the early 90s. The site reports that Smith’s production company Overbrook Entertainment is in early development on a present-day reboot which will put “a new spin on the […]