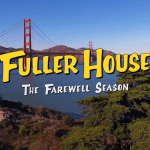 Netflix has released a trailer for the fifth and final season of its spinoff sitcom Fuller House which arrives on the streaming service on June 2nd; watch it here… In Fuller House, life can take you in unexpected directions and also into familiar territory when D.J. Tanner-Fuller finds herself living in her childhood home with […] 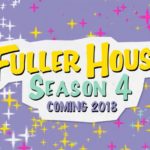 The official Facebook page for the Full House revival Fuller House has announced that a fourth season of the series will be coming to Netflix later this year. Check out the announcement video here… Fuller House BEST NEWS EVER! 🏡✨ Geplaatst door Fuller House op Maandag 29 januari 2018   Created by Jeff Franklin, Fuller […]

With a little over a week to go until Fuller House season 3 returns to Netflix, the streaming service has released a new trailer for the spinoff series which you can watch below… https://www.youtube.com/watch?v=5beh5ztM0K8 In the spinoff series, Fuller House, life can take you into unexpected directions and also back into familiar territory when veterinarian […]

In celebration of the 30th anniversary of Full House, Netflix has released a trailer for the upcoming third season the spinoff series Fuller House ahead of its arrival on the streaming service next week; take a look below… In the spinoff series, Fuller House, life can take you into unexpected directions and also back into […]

Netflix has announced that it has renewed its Full House revival Fuller House for a third season, which is slated to hit the streaming service in 2017. The renewal was revealed via the official Twitter account, which posted the following video… Holiday wishes, answered. ? Fuller House Season 3, coming 2017. pic.twitter.com/pJkRASTpBj — Fuller House […]