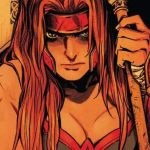 Artemis: Wanted #1 is out this Tuesday, and you can check out the official preview here courtesy of DC Comics…   After the events of Trial of the Amazons, Artemis is on the run from her sisters for her sins. She may say it was all in the name of peace, but not even Wonder […]

Ricky Church reviews Artemis by Andy Weir… Andy Weir gained a lot of attention with his debut novel The Martian, a science fiction tale that not only became a bestseller but a big blockbuster film directed by Ridley Scott and starring Matt Damon. Now, Weir follows up his Martian success with Artemis. Weir’s latest is a fun and […]

Former Han Solo directors Phil Lord and Chris Miller have found a new project over at Fox. Per Deadline, the pair will direct Artemis, a sci-fi film that will be adapted from The Martian authors Andy Weir’s upcoming novel. Simon Kinberg and Aditya Sood will produce the film while Lord and Miller will work with Fox to find […]

Andy Weir, the author of The Martian, has a new book coming out which had already been acquired by Fox and New Regency to adapt to film. Titled Artemis, is is described as a near-future sci-fi thriller about a young woman who becomes entangled in a conspiracy on Artemis, the only colony on the moon. Simon Kinberg and […]