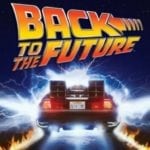 In a time where studios are consistently releasing prequels, sequels, reboots or remakes of already established films and/or franchises, the beloved Back to the Future series still remains untouched despite an ongoing debate as to whether Universal should develop another movie or not. Now, in an interview with Collider, Back to the Future trilogy co-writer Bob Gale has explained […]