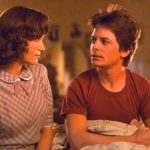 Despite being one of the most beloved film series of all time, audiences have recently reignited the long-running debate regarding the narrative of Back of the Future. The debate in question focuses on how Marty McFly’s (Michael J. Fox) parents, George (Crispin Glover) and Lorraine McFly (Lea Thompson) don’t recognise how similar their child looks […]

Universal Pictures has announced a brand-new Blu-ray release for the legendary film series Back to the Future, which will celebrate the original’s 30th anniversary, and will be release on October 20th, 2015 – the exact date that characters Marty McFly and Doc Brown travel to in Back to the Future: Part II. You can check […]