Earlier this month, Olympic wrestler Mark Schultz launched a stinging attack at director Bennett Miller over what he perceived to be homosexual overtones in Foxcatcher, which is based upon Schultz’s relationship with Olympic sponsor John du Pont. Schultz declared that he “hated” Miller and “everything that scum touches”, and threatened to bring the filmmaker down […]

Foxcatcher tells the real life story of Olympic wrestler Mark Schultz and his intense, troublesome relationship with his brother Dave and their insanely rich sponsor-turned-coach John du Pont. It has been receiving high praise since its debut at Cannes in May 2014 and has grown into a multiple Oscar contender since its general release in November. […] 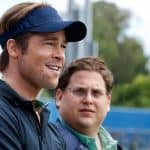