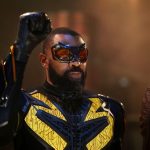 Red Stewart reviews the tenth episode of Black Lightning’s third season…. I’m not quite sure how I felt about Black Lightning’s triumphant return following its near-month absence. That absence, of course, was attributable to The CW’s overarching “Crisis on Infinite Earths” event, which Jefferson became a part of when he was transported at the end […] 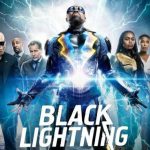 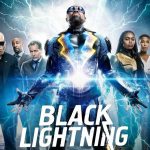 The CW has released a promo for next week’s thirteenth episode of Black Lightning season 3, entitled ‘The Book of Markovia: Chapter Four’; watch it here… SEE ALSO: First look at Wayne Brady’s Gravedigger in Black Lightning WAYNE BRADY (“WHOSE LINE IS IT ANYWAY?”) GUEST STARS IN THE EPISODE – Black Lightning (Cress Williams) and […] 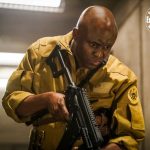 The CW has released a first look at Wayne Brady as DC supervillain Tyson Sykes, a.k.a. Gravedigger, ahead of his debut in the thirteenth episode of the third season of Black Lightning; take a look here, courtesy of EW… WAYNE BRADY (“WHOSE LINE IS IT ANYWAY?”) GUEST STARS IN THE EPISODE – Black Lightning (Cress […]

The CW has released a promo and images for the ninth episode of Black Lightning season 3, entitled ‘The Book of Markovia: Chapter One: Blessings and Curses Reborn’; take a look here… LYNN’S TROUBLES BEGIN TO INTENSIFY – Jefferson (Cress Williams) navigates his new reality following the events of the Red Wave, and Lynn’s (Christine […] 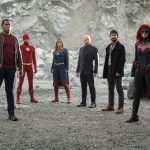 Jessie Robertson reviews part four of Crisis on Infinite Earths… Part 4 of this epic crossover begins with the “origin” of Mar Novu- he was a scientist, and his wife was the actual Monitor- but that’s about all we learn. His experiment (10,000 years ago) fated the universe to deal with the Anti-Monitor. We are […] With the possibility of a writers strike looming, The CW has wasted little time in setting its schedule for the 2020/21 TV season with early renewals for fourteen of its shows. With Arrow drawing to a close this month, next season will see the return of all of the network’s other DC shows in The […]