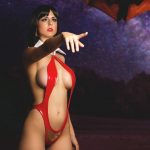 Marvelous Videos presents the most dangerous vampires of all time…. Over the many decades that they have existed in pop culture, vampires have been depicted in an assortment of forms and sizes. No matter the incarnation (yes, even Twilight), they are violent bloodsuckers who make life hard for regular humans. But just who is the scariest […]

Wesley Snipes, star of all three Blade films, revealed during an interview with Deadline that he has met with Marvel Studios about reprising his role as the vampire-human hybrid for a future Blade project. When asked about making a fourth film based on the character, Snipes said, “[Blade 4] is controlled by Marvel and we did […]