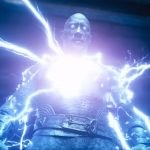 With a month to go until Dwayne Johnson’s DC Comics passion-project finally gets released, Warner. Bros has revealed a ‘Legacy’ trailer for Black Adam, which features a few familiar faces from the DCEU back-catalogue (although notably avoids showing us Henry Cavill as Superman), along with an appearance from Viola Davis as Amanda Waller. Check it […] 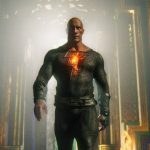 As promised earlier in the week with the arrival of a bunch of Justice Society of America-focussed character posters, Warner. Bros has revealed another trailer for the Dwayne Johnson-headlined DC Comics adaptation Black Adam ahead of the film’s long-awaited release this October. Watch the trailer below… Nearly 5,000 years after he was bestowed with the […]

More than fifteen years on from first being linked to the role, Dwayne Johnson brings a new kind of superhero to the DC Universe this year with the release of Black Adam, and you can check out the first trailer for the film here… SEE ALSO: Black Adam promotional posters feature Dwayne Johnson’s DC antihero and […] 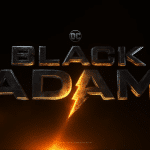 The long-gestating Black Adam DC movie has added another two members to its cast as lead actor Dwayne Johnson confirms filming is set to begin in Georgia next week after spending years in development limbo. According to Deadline, Broadway actor James Cusati-Moyer, who is currently nominated for a Tony Award after starring in Jeremy O. Harris’ Slave Play, […]