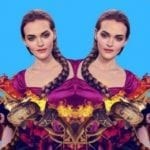 Ahead of its release this February, a poster and red band trailer have arrived online for the upcoming horror-thriller Braid. Written and directed by Mitzi Peirone, the film stars Madeline Brewer, Imogen Waterhouse, and Sarah Hay; check them out here… In BRAID, two wanted women (Imogen Waterhouse, Sarah Hay) decide to rob their wealthy yet mentally […] 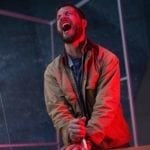 James Turner gives a quick roundup of Frightfest 2018… The Ranger Okay slasher/comedy film. Had the potential to be wonderfully bizarre but held back. Not a bad watch, but nothing special. Flickering Myth Rating – Film: ★ ★ / Movie: ★ ★ ★ Summer of 84 A definite product of 80’s nostalgia. Clearly rips off […]