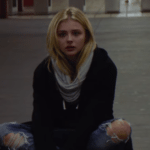 With a little over a week to go until its arrives on Netflix, the streaming service has released a new trailer for writer-director Gerard Barrett’s upcoming drama Brain on Fire. Based on Susannah Cahalan’s New York Times Bestselling autobiography Brain of Fire: My Month of Madness, the film sees Chloe Grace Moretz leading the cast […]