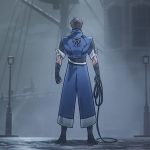 Netflix has announced that it is set to follow up its hit video game adaptation Castlevania with a new spinoff series entitled Castlevania: Nocturne, which is in production now. Specific details on the new anime series are being kept under wraps, but we do know that Nocturne will take place during the French Revolution and […]