CBS has handed a two-season renewal to its reboot of The Equalizer starring Queen Latifah, which will take it through to season four. In The Equalizer, Latifah stars as Robyn McCall, a former CIA operative who puts her vast array of skills up for hire as a vigilante to help ordinary men and women obtain justice. The series […] 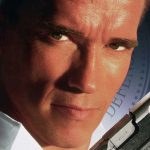 CBS has announced that it has cancelled the Lucas Till-headlined MacGyver reboot, with this month’s season five finale set to now serve as the series finale. “All of us at CBS are extremely grateful for the incredible work and dedication from Lucas and the rest of the cast, as well as [showrunner] Monica Macer, the […] 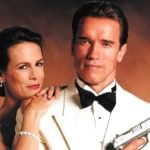 The last briefing we received about the long-gestating True Lies TV series found it housed at Disney+, with McG assigned directorial duties and James Cameron set to executive produce. Now as original star Arnold Schwarzenegger embarks on his own spy drama over at Skydance Studios, THR is reporting that the small screen adaptation of the […] Clarice Starling is returning to stop more killers, but don’t expect her greatest foe Hannibal Lecter to be one of them. In the upcoming CBS series titled Clarice, which will follow the FBI Agent after the events of The Silence of the Lambs, the series’ creator says they can not use Hannibal at all due […] CBS has debuted the first teaser trailer for The Silence of the Lambs sequel series Clarice, which stars Rebecca Breeds (Pretty Little Liars) in the title role as FBI Agent Clarice Starling and picks up a year after her interactions with Hannibal Lecter. Watch the trailer here… “Clarice is a deep dive into the untold […] Deadline has reported CBS’ upcoming Clarice, a sequel series to The Silence of the Lambs that follows Clarice Starling in her early days as an FBI agent, has added several more people to its cast including Marnee Carpenter (Criminal Minds) as a series regular. Carpenter will play Catherine Martin, the young woman who was abducted by […] CBS has announced a new lineup of names for the upcoming second season of The Twilight Zone, as well as a new batch of episode titles which are set to debut this summer. The newly-added names include Jurnee Smollett (Birds of Prey), Damon Wayans Jr. (Happy Endings), Paul F. Tompkins (Bojack Horseman), Greta Lee (Russian Doll), David Krumholtz (The Deuce), and Topher Grace (BlackKklansman) alongside […]

During an appearance on Kevin Smith’s Fatman on Batman podcast, Supergirl executive producer Andrew Kreisberg has revealed that a version of the Bizarro character is coming to CBS’ hit DC television series. Kreisberg did not specify whether Melissa Benoist’s Kara would find herself going up against Bizarro Superman or Bizarro Supergirl, although speculation is pointing […]