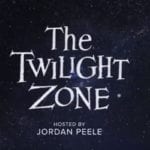 Hasitha Fernando reviews the series premiere of The Twilight Zone… The original anthology series created by Rod Sterling set a dizzyingly high benchmark for others to follow. Making its debut in the late 1950’s it proved to be a wild success, thrilling audiences with the macabre and unexpected. Often these phantasmagoric tales were imbued with […] 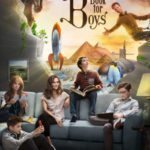 Amazon Prime Video has revealed the first trailer and poster for its upcoming comedy drama series The Dangerous Book for Boys, along with a premiere date reveal of March 30th. Based on Conn and Hal Iggulden’s bestselling book of the same name, the series is produced by Bryan Cranston, Greg Mottola, James Degus, and Michael […]

Sean Hayes, Chris Diamantopoulos and Will Sasso – stars of the Farrelly Brothers’ 2012 comedy The Three Stooges – are set to reprise the roles of Larry, Moe and Curly for an upcoming action comedy from independent producers C3 Entertainment, Grand Peaks Entertainment and The Exchange. “With Sean, Chris and Will back as our Stooges […]