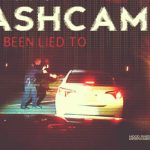 Ahead of its digital release this October, a poster and trailer have arrived online for writer-director Christian Nilsson’s psychological thriller Dashcam (not to be confused with DASHCAM, the new film from Host director Rob Savage) which follows editor Jake (Eric Tabach) as he is sent video evidence from a routine traffic stop which resulted in […]