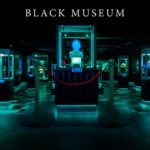 Following on from yesterday’s trailer for the Jodie Foster-helmed ‘Arkangel’ [watch it here], we’ve now got some more promotional material for the fourth season of Charlie Brooker’s acclaimed anthology series Black Mirror with a poster and trailer for Colm McCarthy’s ‘Black Museum’ starring Douglas Hodge, Letitia Wright and Babs Olusanmokun, along with a trailer for […]

The Girl with All the Gifts, 2016. Directed by Colm McCarthy. Starring Sennia Nanua, Gemma Arterton, Paddy Considine and Glenn Close. SYNOPSIS: A scientist and a teacher living in a dystopian future embark on a journey of survival with a special young girl named Melanie. To say that the zombie genre has become saturated with […]

Warner Bros. has released the first trailer for director Colm McCarthy’s adaptation of M. R. Carey’s bestselling zombie thriller novel The Girl with All the Gifts, which stars Sennia Nanua, Gemma Arterton, Glenn Close and Paddy Considine. Check it out below… The near future; humanity has been all but destroyed by a mutated fungal disease […]

The Hollywood Reporter has revealed that Glenn Close (Guardians of the Galaxy), Gemma Arterton (Hansel & Gretel: Witch Hunters) and Paddy Considine (The World’s End) have signed on to star in She Who Brings Gifts, the feature debut of director Colm McCarthy, whose TV credits include Sherlock, Doctor Who, The Tudors and Peaky Blinders. Based […]