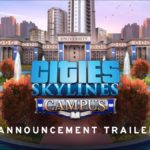 Paradox Interactive and Colossal Order have announced that a whole new level of education will be coming to Cities: Skylines this May with the brand new Campus expansion.  On 21st May the expansion will bring new area types, nine faculties, university sports arenas and more.  A new trailer can be seen below showcasing the new […] 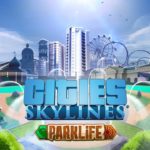 A brand new expansion is coming to the PC version of Paradox Interactive and Colossal Order’s hit city builder Cities: Skylines on 24th May.  Called Parklife, this expansion will add more features to make your city a more vibrant, greener and happier place for your citizens. The Parklife expansion adds a huge amount of new constructions to […] 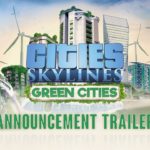 Paradox Interactive has today released a new in-game trailer that showcases the devastation caused by the Natural Disasters in the upcoming expansion to Cities: Skylines.  No city will be safe from those who want this extra challenge! The Natural Disasters expansion for Cities: Skylines will feature a variety of disasters including forest fires, tsunamis, earthquakes, tornadoes […]

Paradox Interactive and developer Colossal Order have today announced that natural disasters will be coming to the lovingly created cities of Cities: Skyline later this year. The Natural Disasters expansion will provide new challenges for players including disaster preparing, preparing emergency systems and evacuation procedures and the inevitable rebuilding the ruins of the city.  Players […]