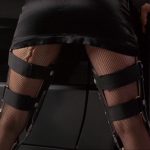 Crash, 1996. Directed by David Cronenberg. Starring James Spader, Deborah Unger, Holly Hunter, and Elias Koteas. Whilst the depiction of sex and violence in films has often been the main focal point for the British Board of Film Classification’s decision making, never have the two been combined more provocatively in mainstream cinema as in the […]

Graeme Robertson on why Good Night, and Good Luck. should have won Best Picture at the 78th Academy Awards… The Oscars celebrating the best of 2005 are probably among the most controversial and divisive on record. For it was Paul Haggis’s race-based ensemble drama Crash that received the Best Picture trophy, beating the favourite to win […]

It’s hard to argue that one of the most shocking Academy Award upsets of all time happened close to a decade ago, when Crash took home Best Picture over Ang Lee’s Brokeback Mountain (and three other nominated films hailed as more deserving) at the 2006 Oscars. Considering that many were even surprised to see the movie nominated in that category in […]