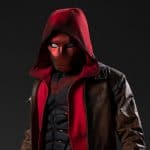 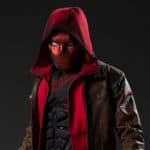 Following hot on the heels of the promotional images featuring Javicia Leslie’s Batwoman from the second season of The CW series, HBO Max has given DC fans another first look, with the streamer teasing Jason Todd’s (Curran Walters) dark transformation into the Red Hood in the upcoming third season of Titans. SEE ALSO: Barbara Gordon […] 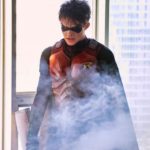 According to Geeks Worldwide, actor Curran Walters has been upped to a series regular for the second season of the live-action Teen Titans series Titans. Walters made his debut as Jason Todd, a.k.a. the second Robin, as a guest star in the first season of the DC Universe show. He now joins returning Brenton Thwaites […] 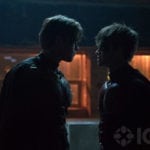 Yesterday we brought you a huge batch of images from Titans [check them out here], and now IGN has revealed a first look at the series’ Jason Todd (Curran Walters) – a.k.a. the (unfortunate) second Boy Wonder – alongside Brenton Thwaites Dick Grayson; take a look at the two Robins here… SEE ALSO: Watch the first […]