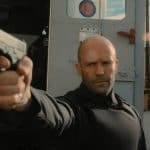 As we approach the 75th Cannes Film Festival, expect plenty of announcements regarding new films being shopped up-and-down the croisette, one of which is the intriguingly titled The Beekeeper, which will see Suicide Squad‘s David Ayer directing Jason Statham in a “fast-paced action-thriller”. Deadline report that the Miramax film will come from a spec script […] 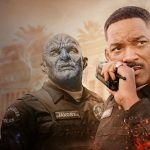 As the fallout from ‘the slap’ continues to see Will Smith’s future projects cancelled, you can now add the sequel to David Ayer’s Bright to the pile, because it has been revealed that Netflix have cancelled plans to move forward with a follow-up to the 2017 action-fantasy. One Netflix’s first big-hitters, Bright was critically mauled […] 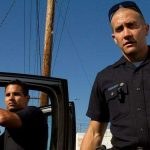 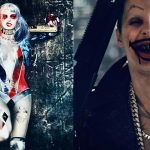 Although he’s said he’ll no longer be speaking publicly about the movie with regards to his issues with Warner Bros., director David Ayer seems happy to continue to give fans a peek behind-the-scenes of his 2016 DC supervillain team-up Suicide Squad, with the filmmaker sharing an early concept for Margot Robbie’s Harley Quinn, along with […] 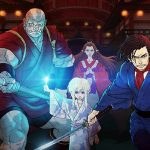 Things have gone pretty quiet when it comes to the chances of a live-action sequel to David Ayer’s blockbuster Netflix fantasy Bright, so the streaming giant have decided to expand the universe with an anime spin-off, casting Shang-Chi and the Legend of the Ten Rings’ Simu Liu among its voice cast. Watch the trailer here… […] 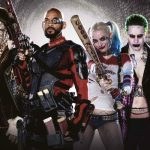 Shaun Munro revisits 2016’s Suicide Squad… James Gunn’s The Suicide Squad is now in cinemas, but one way or another it likely wouldn’t exist without the release of 2016’s David Ayer-directed Suicide Squad. Despite pulling in a commendable $746.8 million worldwide, Ayer’s film was widely dunked-on by critics and received indifferently by audiences, with many dubbing it […] 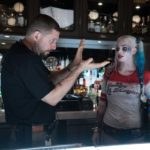 With James Gunn’s The Suicide Squad beginning its international rollout this weekend, filmmaker David Ayer has taken to social media to release a lengthy statement – apparently his final word – on 2016’s original Suicide Squad. Ayer reiterates his past comments that he believes he “made something amazing” with the film before Warner Bros. hacked up […]

Zack Snyder may have to got to see his original vision for Justice League shared with the world thanks to the release of The Snyder Cut, but it seems that opportunity isn’t being afforded to fellow DCEU director David Ayer and his original cut of Suicide Squad. WarnerMedia moved swiftly to crush the #ReleaseTheAyerCut campaign […] 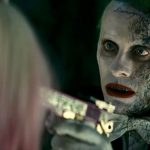 No sooner had WarnerMedia and HBO Max announced that they were allowing Zack Snyder to complete the Snyder Cut of Justice League than a section of the DC fanbase began calling for similar treatment for David Ayer and his 2016 supervillain team-up Suicide Squad. Ayer, who had reshoots and changes enforced on him by the […] 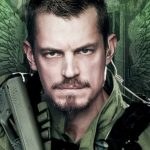 While it hasn’t been met with the same level of enthusiasm among fans as #ReleaseTheSnyderCut, the campaign for Warner Bros. to allow director David Ayer to release his original version of 2016’s Suicide Squad continues to attract attention, with Rick Flag actor Joel Kinnaman becoming the latest cast member to lend his support to Ayer’s […]