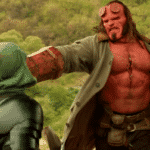 The Hellboy reboot reportedly suffered from on-set clashes over the director, producer, and star David Harbour. The David Harbour-led Hellboy hasn’t been received very well by critics, with the film currently sitting at a dismal 13% on Rotten Tomatoes. And if reports are to be believed, it’s not that surprising that the film has not […]