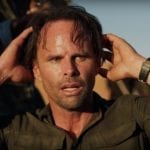 Fox has released a trailer for the second season of its espionage thriller series Deep State which promises to delve deeper into the murky and political world of the deep state, introducing a number of new characters whilst exploring the origins of several familiar faces from the first season; watch the trailer here… As Season […] 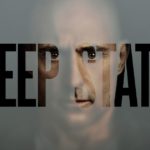 Ahead of its premiere tonight, Fox has announced that it has renewed the Mark Strong-fronted spy series Deep State for a second season of eight episodes. The show, created by Matthew Parkhill (Rogue), is described as “a grounded, visceral thriller, moving between the deeply personal story of a family man fighting to escape his past […]

Having appeared in spy films such as Tinker Tailor Soldier Spy and the two Kingsman films, Mark Strong is now set for his first leading spy role in FOX’s upcoming series Deep State. The network has released the first trailer for the series, and we have it for you below… Easton is a retired spy whose past comes back to […]

Back in March it was announced that Mark Strong is set to lead the upcoming Fox spy series Deep State, and now we have the first official look at the actor as Max Easton, who Deadline describes as “an ex-spy brought back into the game to avenge the death of his son, only to find himself […]

Mark Strong is set for another spy role, having been cast as the lead in an upcoming miniseries for FOX titled Deep State, where he’ll portray an ex-spy drawn into an international conspiracy with ties to his past. It will be the first regional scripted commission for FOX Networks Group Europe and Africa. Strong will play Max Easton, […]