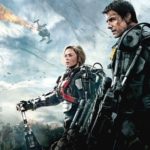 We learned back in May that Doug Liman had decided to step down as director for DC’s upcoming live-action Justice League Dark film, which came as quite a surprise. Not long before that, Liman was going into some detail on the project, and even revealed some classic horror films that would serve as inspiration for […] 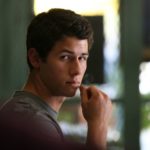 Nick Jonas of The Jonas Brothers has another role set for his growing acting career. According to The Hollywood Reporter, the singer/actor has been cast in Doug Liman’s Chaos Walking opposite Spider-Man: Homecoming’s Tom Holland and Star Wars: The Last Jedi’s Daisy Ridley. Chaos Walking is based on the YA novel by Patrick Ness and takes place on a […]

Doug Liman has just rounded out the main cast of his adaptation of Chaos Walking by adding Rogue One: A Star Wars Story‘s Mads Mikkelsen in the villain role, per The Hollywood Reporter. The actor is in final negotiations to play the film’s antagonist, plaguing co-stars Daisy Ridley (Star Wars: The Force Awakens) and Tom Holland (Spider-Man: Homecoming). […]

Lionsgate has released an official synopsis for the upcoming adaptation of Patrick Ness’ YA novel series Chaos Walking. Directed by Doug Liman, the post-apocalyptic sci-fi is set to star Daisy Ridley and Tom Holland; take a look at the synopsis below… From Carnegie Award-winning author Patrick Ness comes a bold cinematic experience beyond imagination. Todd […]

According to The Hollywood Reporter, Doug Liman has signed on to direct Unearthed, a sci-fi fantasy based upon the upcoming YA novel from Amie Kauffman and Meagan Spooner, which is described as “Tomb Raider meets Indiana Jones in space”. The project will reunite Liman with screenwriters Jez and John Henry Butterworth (Edge of Tomorrow), and […]

If you cast your mind back to 2014, you may recall that Channing Tatum signed on to produce and star in the X-Men spinoff movie Gambit, with 20th Century Fox even bringing him out on stage during San Diego Comic-Con 2015 as part of the studio’s X-Men roster. Fast forward two years, and we’re still […]

Universal Pictures has debuted the first trailer, poster and images for the upcoming biographical crime thriller American Made. The film is based on the true story of pilot and smuggler Barry Seal, and sees director Doug Liman reuniting with his Edge of Tomorrow star Tom Cruise, who leads a cast that includes Domhnall Gleeson, Sarah […]

Director Doug Liman was recently very vocal about the upcoming DCEU film Justice League Dark, explaining how different in tone the movie would be from the typical comic book film, and also the classic horror movies that would serve as inspiration. Which is why it now comes as such a surprise that the director has abruptly […]