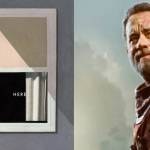 Tom Hanks and Robert Zemeckis are set to work together once again on an adaptation of the critically acclaimed Robert Maguire graphic novel Here. You wait nearly two decades for a Robert Zemeckis and Tom Hanks reunion, following their work on this year’s live-action Pinocchio, and then the Academy Award winning double-act behind Forest Gump, […] 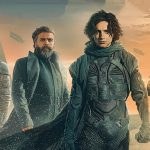 With the upcoming adaptation of Frank Herbert’s Dune from director Denis Villeneuve arriving later this year, one of the writers of the film has discussed his involvement with the project and the upcoming sequel. In an interview with Collider, Eric Roth, who co-wrote the film with Villeneuve and Jon Spaihts, had nothing but praise for what […] 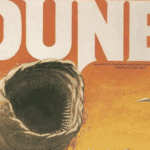 Having secured virtually every hot acting talent in Hollywood over the past few weeks, Warner Bros. has now announced that Legendary Pictures and director Denis Villeneuve’s (Blade Runner 2049) Frank Herbert adaptation Dune will open on November 20th 2020. Dune will see Timothee Chalamet (Call Me By Your Name) starring as Paul Atreides, a member of […] 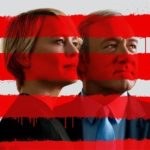 After the news that Netflix is cancelling its hit series House of Cards following the accusations of Kevin Spacey’s sexual abuse against Star Trek: Discovery actor Anthony Rapp, there is now word from Variety the streaming service could develop a spin-off of the series. Netflix and producer Media Rights Capital are discussing several ideas for the potential spin-off. One of […]

The Dune reboot has found a writer, with The Hollywood Reporter revealing that Denis Villeneuve and Legendary have hired screenwriter Eric Roth to pen the screenplay. Roth wrote the screenplay for Forrest Gump, for which he won received an Academy Award. Dune was written in 1965 by Frank Herbert and has remained popular ever since with a series of sequels, prequels and spin-offs. […]