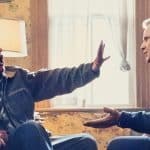 Ahead of its release this February, a new trailer and poster have arrived online for the upcoming drama Falling. The film marks the directorial debut for Viggo Mortensen, who also stars in the film as John, a man who take in his headstrong father (Lance Henriksen) and finds their very different world collide while helping […]

A trailer has arrived online for Viggo Mortensen’s directorial debut Falling. The drama stars Lance Henriksen as a conservative farmer who moves in with his son John (Mortensen), his partner Eric (Terry Chen) and their daughter Monica (Gabby Velis) while looking for a place to retire; watch it here… John Petersen (Viggo Mortensen) lives with […]