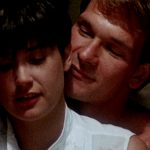 It’s been thirty years since the release of the romantic fantasy classic Ghost starring Patrick Swayze, Demi Moore and Whoopi Goldberg, and to celebrate the occasion Park Circus is bringing the Oscar-nominated classic back to the big screen this Valentine’s Day for a special 30th anniversary re-release! We’ve got our hands on an exclusive trailer, […] 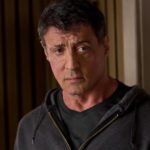 Earlier this year, Sylvester Stallone launched Balboa Productions with the announcement that he’ll be producing a biopic of Jack Johnson, the first ever African-American heavyweight boxing champion of the world, and now comes word that the new company has set a further four projects. First up is Samaritan, which has Stallone attached to star and […]

Scott J. Davis looks at the always dubious Best Musical or Comedy from the Golden Globes… Last night, Hollywood’s best and brightest gathered for the Golden Globes, the main precursor before the Academy Awards next month. The strangest award of the night went to ridley Scott’s The Martian, which bizarrely walked away with the award […]