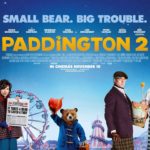 With Paddington 2 set to open in UK cinemas next week, Flickering Myth’s Thomas Harris caught up with the film’s co-writer and director Paul King and VFX supervisor Glen Pratt this week to discuss the sequel to the 2014 smash hit movie. Paul reveals how the sequel came about, and the influence of Charlie Chaplin, […]