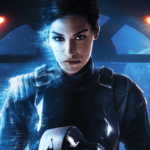 Red Stewart chats with composer Gordy Haab… Gordy Haab is an American composer that has been working in the film, television, and video game industry since the early-2000s. Last year, he had the honor of scoring the EA’s published game Star Wars: Battlefront II. Flickering Myth had the chance to speak with him, and I in […]

We chat with Brian Lee White, Brian Trifon and Gordy Haab about their work on Halo Wars 2… One of the most buzzed about video games of 2017 has been Halo Wars 2 with The Guardian calling it an “Exciting revival of the real-time strategy game” and PC Advisor going on to say “It does […]