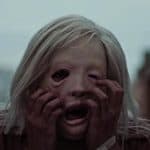 With a little over two weeks to go until its release, a trailer has arrived online for director Jonas Cuaron’s upcoming thriller Desierto which stars Jeffrey Dean Morgan and Gael Garcia Bernal; watch it below after the official synopsis… What begins as a hopeful journey to seek a better life becomes a harrowing and primal […]

Last year it was revealed that Lantica Media and Sobini Films were resurrecting Zorro Reborn, the long-in-development post-apocalyptic reboot of the masked hero Zorro, and now the two companies have announced that Jonas Cuaron (Gravity) has signed on to write and direct the project, which will now be going by the title of Z. “When […]

A new trailer has debuted for the upcoming thriller Desierto. Written and directed by Jonás Cuarón (son of director Alfonso Cuarón), the film stars Gael García Bernal and Jeffrey Dean Morgan. Check it out below after the official synopsis… What begins as a hopeful journey to seek a better life becomes a harrowing and primal fight […]