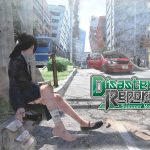 NIS America has released a playable demo of their disaster adventure Disaster Report 4: Summer Memories on the Playstation Store and Nintendo eShop.  The game will allow players to survive a national disaster when it releases later this year. In Disaster Report 4: Summer Memories players are taken to Japan where a massive earthquake has turned […]