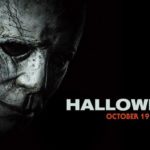 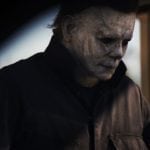 With Hollywood constantly looking to mine the barrel marked ‘nostalgia’, usually with little consideration for the franchise legacy or the legions of fans, Danny McBride has been speaking to IndieWire about potential reactions to his forthcoming Halloween sequel, which he co-wrote with Jeff Fradley. Halloween, which will receive its world premiere at the Toronto International Film […] 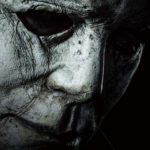 Laurie Strode has been waiting nearly forty years for Michael Myers to return to Haddonfield, so it’s no surprise to see that she looks well prepared in this latest still for David Gordon Green’s Halloween. Via USA Today, the shot shows Jamie Lee Curtis in her Lara Croft garb, hunting knife on belt, appearing to […]

John Carpenter makes his return to the Halloween franchise forty years after the original horror classic this October as executive producer on the David Gordon Green-helmed sequel, but that isn’t his only role on the film as he’s also composed the score with Cody Carpenter and Daniel Davies. “It was great,” said Carpenter regarding his […] 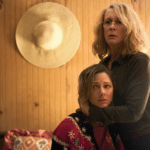 Thanks to Entertainment Weekly, we’ve got a new image from the upcoming Halloween sequel/reboot, which features Jamie Lee Curtis’ Laurie Strode along with her daughter Karen Strode, played by Judy Greer; check it out here… SEE ALSO: Halloween producer reveals why the 2018 film is not a reboot Master of horror John Carpenter will executive produce and […] 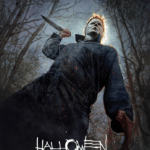 Ahead of its Comic-Con panel, a new SDCC exclusive poster for hotly-anticipated slasher sequel/reboot Halloween by artist Bill Sienkiewicz, which shows the iconic killer Michael Myers ready to strike; check it out here… SEE ALSO: Halloween producer reveals why the 2018 film is not a reboot SEE ALSO: Danny McBride wanted to shoot two Halloween movies back-to-back Master of horror […] 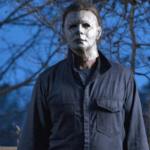 Jason Blum, the producer on the new Halloween, has revealed why the film is not a reboot. Halloween is one of those franchises that seem to stick around in perpetuity and with the recent gold streak that horror films have experienced of late in terms of box office and critical success, Halloween (2018) will be hoping […] 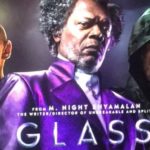 While the likes of Marvel Studios, Game of Thrones and Westworld are going to be absent from next month’s San Diego Comic-Con, there’s still going to be plenty of excitement for fans lucky enough to make it into Hall H this year. Warner Bros. has already announced a big DC Films panel, with the first […] 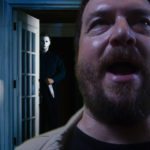 Michael Myers returns to Haddonfield this October some forty years after his original killing spree to face Jamie Lee Curtis’ Laurie Strode for a final time in the new Halloween movie from director David Gordon Green and co-writer Danny McBride. In an interview with Entertainment Weekly following the release of the first trailer, McBride has […]