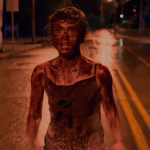 Despite being renewed and preparing for a second season, Netflix cancelled I Am Not Okay With This after just one season earlier this year, and now the series showrunner Jonathan Entwistle has opened up about why the series was scrapped. In an interview with Insider, Entwistle detailed the various factors that played into the show’s cancellation including […]

With less than two weeks to go until it arrives on Netflix, the streaming service has released a new trailer for I Am Not Okay With This. The series stars Sophia Lillis as a 17 year old girl with anger issues trying to deal with the complexities of being a teenager while dealing with mysterious […] 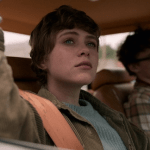 Netflix has released a trailer for I Am Not Okay With This ahead of its arrival on the streaming service later this month. Based on Charles Forsman’s graphic novel and directed by Jonathan Entwistle (The End of the F***ing World), the series stars Sophia Lillis (It) as Sydney, a teenager trying to navigate the trials […]