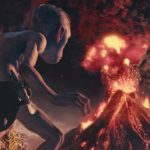 Daedalic Entertainment has released the first trailer for its upcoming action adventure game The Lord of the Rings – Gollum, which serves as a prequel to J.R.R. Tolkien’s iconic fantasy trilogy and follows the former Sméagol on his journey to Mordor in search of Bilbo Baggins, the thief who stole his “precious” during The Hobbit. […]

Amazon Studios recently announced the behind-the-scenes creative team tasked with bringing J.R.R. Tolkien’s Middle-earth to life for the hugely-ambitious The Lord of the Rings series, which included Middle and Old English literature professor Tom Shippey as “Tolkien Scholar”. During an interview with Deutsche Tolkien (via CinemaBlend), Shippey revealed that Amazon is targeting a 20-episode first […] 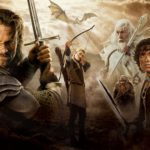 Not content with producing a hugely ambitious, billion dollar-budgeted TV series based upon The Lord of the Rings, Amazon has now announced that it is also developing a MMORPG (Massively Multiplayer Online Role-Playing Game) set in the world of J.R.R. Tolkien’s Middle-earth. The as-yet-untitled game will be free-to-play on PCs and consoles and promises to […] 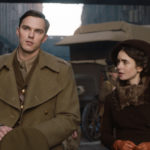 Tom Beasley sits down with Finnish director Dome Karukoski to chat about his new biopic Tolkien, in which Nicholas Hoult plays the iconic fantasy author… The man behind The Lord of the Rings is finally getting the biopic treatment. With Skins star and current X-Man Nicholas Hoult in the lead role, Tolkien examines the friendships […] 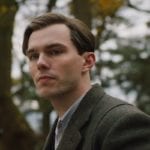 This coming Friday sees the release of Tolkien, a biopic exploring the early years of legendary fantasy J.R.R. Tolkien and starring Nicholas Hoult in the title role as The Hobbit and The Lord of the Rings creator. Ahead of the movie’s arrival, the Tolkien Estate has released a statement to make it clear that the […] 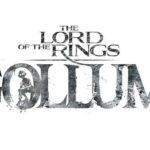 German developer Daedalic Entertainment have announced its upcoming title, The Lord of the Rings: Gollum, a narrative focused adventure game that will center around the dual personality hobbit. Releasing in 2021, the game will focus on the character after he has acquired the One Ring but before the events of The Lord of the Rings. […] 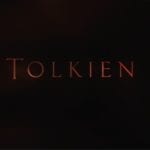 Fox Searchlight Pictures has announced that it is set to release Tolkien, the upcoming biopic of The Lord of the Rings author J.R.R. Tolkien starring Nicholas Hoult (X-Men: Dark Phoenix) on May 3rd 2019. The film explores the formative years of the orphaned author as he finds friendship, love and artistic inspiration among a group of […] 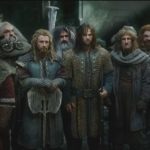 The Lord of the Rings trilogy is widely considered one of the best trilogies ever made. It’s sense of scale was something completely new to the fantasy genre on film at the time. Peter Jackson took Tolkien’s masterworks, and brought the viewer down to the character’s level, where we could feel the urgency in Fellowship, […]

John Rhys-Davies has that J.R.R. Tolkien would be “spinning in his grave” regarding the newly announced Lord of the Rings TV series. The news that The Lord of the Rings is to become a TV series via Amazon was certainly cheered by some, however, others like the actor behind Gimli in Peter Jackson’s lauded adaptation […] 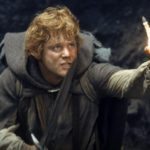 Just a few days ago, it was announced that a Lord of the Rings TV series is in early development, to be produced by Amazon Studios. With Game of Thrones ending next year, this could be just the thing to fill the fantasy-void sure to be left in many viewers hearts. Now, given the sprawling lore […]