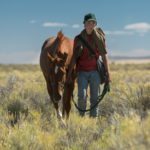 Red Stewart chats with composer James Edward Barker… James Edward Barker is an English composer who has been working in the film and television industry since the mid-2000s. He is best known for his work on the movie Heist. His latest score was for the British indie drama Lean on Pete, which opened in the United Kingdom […]