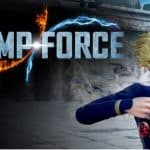 Bandai Namco Entertainment have released a new launch trailer and gameplay trailer for Giorno Giovanna, the latest character coming to Jump Force.  Hailing from JoJo’s Bizarre Adventure, Giorno will be available to purchase on 13th April, although he will be available to Character Pass 2 owners from the 9th April (he is also the final […] 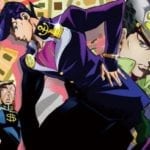 JoJo’s Bizarre Adventure was renewed for a fourth season, titled Golden Wind after the manga’s eponymous arc of the same name. Today, Golden Wind has officially been acquired for distribution by the American company VIZ Media, which is famous for licensing many anime and manga series for English-speaking audiences, including: Bleach, Naruto, and Pokémon. In addition […]

Cult filmmaker Takashi Miike (Audition, Ichi the Killer) is set to bring Hirohiko Araki’s bestselling manga series Jojo’s Bizarre Adventure to the big screen, with Variety reporting that Warner Bros. and Toho are teaming up to produce the live-action adaptation. The site reports that the movie will be based on the fourth part of the […]