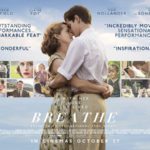 Andy Serkis is spoilt for choice.  He loves acting and, inevitably, performance capture and now adds directing to the list as Breathe, his first film as director to reach cinemas, opens in the UK this week.  It’s based on the inspirational true story of Robin Cavendish (played by Andrew Garfield) who was diagnosed with polio […] 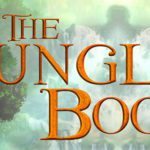 Although filming on Andy Serkis’ Jungle Book (formerly titled Jungle Book: Origins) took place back in 2015, Warner Bros. pushed the film back from its planned 2017 release date in a move to distance the movie from Disney and Jon Favreau’s own live-action adaptation, which proved to be a smash hit at the box office […]

The Week in Movies discusses the last seven days in cinema, including rumours of Ben Affleck feeling “humiliated” behind the scenes at the reaction to Batman v Superman: Dawn of Justice, the first trailer for the Michael Fassbender-starring Assassin’s Creed, a reported cameo for Tom Hardy in Star Wars: Episode VIII and much, much more… The […]

Faced with the critical and commercial success of Disney and director Jon Favreau’s The Jungle Book, Warner Bros. has now enlisted some Oscar-winning assistance for its own take on the Rudyard Kipling classic. According to Deadline, the studio has brought in Gravity helmer Alfonso Cuaron to offer notes on the movie, and to see if […]

Yesterday we brought you seven character posters for Jon Favreau’s upcoming adaptation of The Jungle Book [check them out here], and now a new clip has arrived online introducing Idris Elba’s frightening villian Shere Khan; check it out below after the official synopsis… SEE ALSO: Extended trailer for Disney’s The Jungle Book Directed by Jon […]