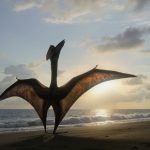 Chris Connor reviews Prehistoric Planet… Walking With Dinosaurs was a landmark achievement in 1999 providing incredible visuals and delivering the latest information available on the world of the dinosaurs, informing younger audiences and providing a sense of scale and effects previously unseen on TV.  Narrated by Kenneth Branagh, the series was followed by two follow-up […] 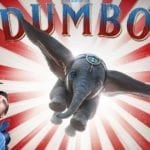 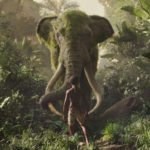 Originally slated for theatrical release on October 19th of this year, having already been shunted around the release date schedule to avoid Jon Favreau’s 2016 blockbuster, Andy Serkis’ adaptation of Rudyard Kipling’s The Jungle Book, titled Mowgli, will now surprisingly swing its way onto Netflix instead. The Hollywood Reporter has revealed that the streaming giant has picked […] 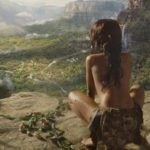 Following the arrival of the first trailer and poster for Mowgli yesterday [check them out here], Warner Bros. has released a featurette for Andy’s Serkis’ upcoming adaptation of The Jungle Book which sees the director taking us behind the scenes of this darker take on Rudyard Kipling’s classic tale; watch it here… SEE ALSO: First-look images from […] 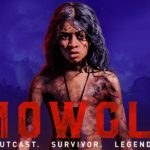 Earlier today we brought you a batch of images from Mowgli [take a look here], and now Warner Bros. has released the first poster and trailer for its upcoming live-action adaptation of Rudyard Kipling’s classic The Jungle Book. Directed by Andy Serkis, the film stars Rohan Chand in the title role  alongside Matthew Rhys and Freida Pinto […]

With the first trailer for Mowgli set to arrive later today, a selection of images have arrived online giving us our first look at Andy Serkis’ upcoming adaptation of Rudyard Kipling’s The Jungle Book; check them out here… Blending live action and performance capture, the story follows the upbringing of the human child Mowgli (Rohan Chand) […]

Following the box office success of The Jungle Book, director Jon Favreau is currently hard at work on bringing another of Disney’s animated classics back to the big screen with a “live-action” remake of The Lion King, after which he’ll be returning to the world of Rudyard Kipling for The Jungle Book 2. Speaking to […]

Warner Bros have once again changed the name of Andy Serkis’ forthcoming Jungle Book movie to Mowgli. The studio have also released a new synopsis for the film, which was previously called Jungle Book: Origins., as well as Mowgli: Tales from the Jungle Book. Blending live action and performance capture, the story follows the upbringing […] 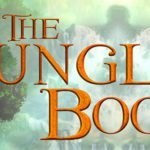 Way back in 2014 it was announced that Andy Serkis had signed on to direct an adaptation of Rudyard Kipling’s The Jungle Book for Warner Bros. Pictures. Despite shooting in 2015, the film – originally titled Jungle Book: Origins was pushed back to 2017 and then 2018, allowing more time to work on the visual […]

Although filming on Andy Serkis’ Jungle Book (formerly titled Jungle Book: Origins) took place back in 2015, Warner Bros. pushed the film back from its planned 2017 release date in a move to distance the movie from Disney and Jon Favreau’s own live-action adaptation, which proved to be a smash hit at the box office […]