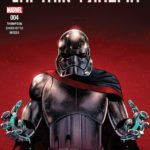 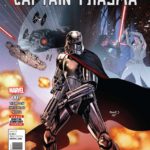 Ricky Church reviews Journey to Star Wars: The Last Jedi – Captain Phasma #1… Outside of Kylo Ren, the next heavily promoted character in Star Wars: The Force Awakens was probably the chrome-plated Captain Phasma, played by Game of Thrones’ Gwendoline Christie. Sadly, the film didn’t do the character justice, pushing her to the sidelines before […]