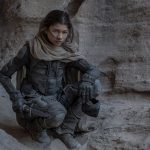 Earlier this year, Kill Bill star Vivica A. Fox, who played Vernita Green a.k.a. Copperhead, revealed that she would like to see Zendaya take over the role of her daughter from original star Ambrosia Kelly if a third film was to happen. Now, in an interview with Empire, Zendaya responded to the endorsement by Vivica A. […] 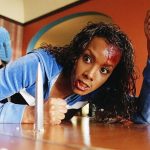 Following the release of Once Upon a Time in Hollywood, director Quentin Tarantino announced Kill Bill Vol. 3 is still on the table and he has an idea on how to continue The Bride’s story following the death of Bill in the second instalment. Now, in a recent interview with NME, Kill Bill star Vivica A. Fox, who […]

Oscar-winning filmmaker Quentin Tarantino has publicly expressed his desire to only direct ten films during his career over the past few years and if he sticks to his decision, he would only have one movie left before he walks away from the director’s chair. Following the release of 2019 hit Once Upon a Time in […] 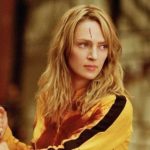 Over the past few years, Quentin Tarantino has publicly expressed his desire to only direct ten films during his career. and if he does intend to stick to this decision, the Oscar-winning filmmaker would only have one movie left before he walks away following the release of his ninth film, the 2019 hit Once Upon […] 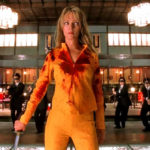 Kill Bill Vol. 3 is still on the cards according to Quentin Tarantino, who says he has discussed the film with star Uma Thurman very recently. Quentin Tarantino has a plethora of iconic films on his resume but one of the most beloved has certainly got to be Kill Bill and its sequel. The extreme, […]

With Quentin Tarantino still discussing his possible retirement after ten movies (he’s up to eight with The Hateful Eight), it’s starting to look like the third Kill Bill may be set to go the way of The Vega Brothers and other “lost” Tarantino projects. However, earlier this month the filmmaker said that Kill Bill Vol. 3 […]

Quentin Tarantino has been talking about the possibility of completing Kill Bill as a trilogy. Fans have expressed a desire (along with Tarantino himself) for a Kill Bill Vol. 3 that would see the daughter of Vivica A. Fox’s character enacting revenge on The Bride, finishing off a seemingly destined fate of “What comes around, goes […]