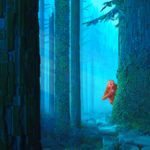 Animation studio Laika has revealed that its fifth film is Missing Link, which will see Hugh Jackman as an English gent in search of Zach Galifianakis’s mysterious, mythical beast. The studio, best known for Coraline and Kubo and the Two Strings, unveiled its new movie ahead of meetings at the Cannes Film Festival. Annapurna will […]