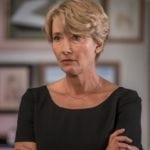 Skydance Animation’s Luck is set in world in which opposing forces control destiny, but it appears that opposing forces have led to the departure of Emma Thompson from the animated feature film. Variety is reporting that the Academy Award winning screen legend left the project in January, shortly after the studio had made the decision […]